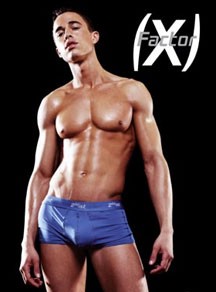 Thanks to Greg Sovell for his input.

The focus was more on the packaging than the package. However, by 2015, they had once again come back to the more chiseled models, as could be seen on their website.

The trend to show more sedate models, that are less intimidating, was seen in a number of brands around the same time. Interestingly, comparisons were made from one to the other, but a lot of the observations came back to Calvin Klein. See my case study about CK for more background.

New York Times observed in 2013: "New underwear brands, like MeUndies and Mack Weldon, are hiring models of less conventional beauty. Reacting to what is perceived to be a case of abs fatigue among male shoppers, these companies are resisting the notion that a model has to look like Matthew Terry, the one from the Calvin Klein Super Bowl commercial, to move products off the shelves.

Flint and Tinder, another new collection taking an artisanal approach, rarely uses models in its marketing, which is more focused on the fact that the underwear is American made. 'You don’t need to see a picture of a half-naked man to get a feeling of how a product is going to work for you,' said Jake Bronstein, its founder."

Maybe not, but it makes flipping through the catalogue so much more entertaining - as shown by the success of Abercrombie & Fitch in the 80s.

Of course, you can’t fault Calvin Klein for making the business of underwear so sexy. In fact, it is that company’s example of turning a basic into a fashion category that has attracted so many new competitors to the realm. Mr. Kleinmann, "the Underwear Expert", estimated that there are more than 300 companies in the market, including many small labels that have started within in recent years. Each has its own personality, he said, so buckle up guys, there’s something for everyone.

In 2005 Greg Sovell left 2(x)ist “because of creative differences” and started another underwear company: C-IN2. This was also a brand aimed at the gay consumer: similar to the developments that Ginch Gonch went through. Mr. Sovell said: “At one end is a sex party that is basically taken off a porn set out of the Valley,” looking at the spectrum from Andrew Christian to Mack Weldon, “and at the other end, it has a kind of kookiness to it.” C-IN2 falls somewhere between those extremes, with racier campaigns using well-defined models and athletes, though always in settings where it would be believable to find a guy wearing only underwear (locker rooms or lounging in an apartment). “Why someone would be standing on a rock in front of the ocean in their underwear, I don’t understand.”

After a few quiet years, 2010 saw the return to print advertising to promote a new line: Sliq, pronounced “sleek,” is intended to evoke the sexy roots of the brand, which was introduced in 2001. The campaign had a budget estimated for the fall season at $1 million. It featured a model, Andre Ziehe, of Ford Models, who was photographed by Roger Moenks in a style the brand is calling “dark eroticism.” Before this, the brand had been running ads on phone kiosks. There also was a video clip featuring Mr. Ziehe on Facebook and YouTube. 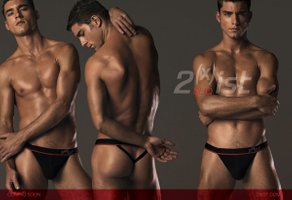 The ads appeared in Details, Men’s Health and Out magazines. However, Details chose to ‘censor’ the ad, and opted for a less naked version. Men’s Health also ran the more conservative ad, though the magazine’s editors claimed they were only offered that version. It’s not surprising that Out was the only magazine of the three that chose to publish the daring ad. After all, Out is a “gay” magazine, and while Details and Men’s Health acknowledge their gay tendencies, they have yet to fully come out of the periodical closet.

In 2013, the brand wanted to reinvent themselves, become “less intimidating” and move to commercials featuring a less buff, more approachable man. One observer had described them as "an underwear label famous for plastering aggressive images of hyper-ripped, nearly naked men on bus shelters and phone kiosks just about everywhere." They hired a fashion public relations firm (was it Edina Monsoon??) to take the label in a direction that was “more aloof” and “not so intimidating.” 2(x)ist said: “We are giving the models an identity, so they are not just a piece of meat. We are taking the focus off the crotch shots." "We are going for something a little more statuesque, and a little less steroid-y," added designer Jason Scarlatti.

The New York Times editor added: “Sex sells, you know, and nowhere is this truer than in the booming business of briefs, where the imagery has followed an ever-more-provocative and chiseled trajectory since 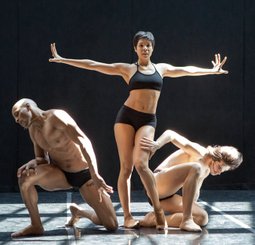 Marky Mark dropped trou for Calvin Klein in 1992. Things have become so raunchy now that the marketing for a sizable niche of underwear brands bears a marked resemblance to gay pornography.” But also: "It should be emphasized, right up front, that 2(x)ist is a company that has long held a strict “no stuffing” policy when it comes to advertisements." Thus, the change in campaign direction showed models (still attractive, shirtless and depilated, mind you) in lifestyle situations like exercising on a beach, often turned slightly away from the camera. The company also created a series of online videos that showed the products in a more artistic light, including the one using dancers from the Cedar Lake Contemporary Ballet.

Underwear has been the fastest-growing category of men’s wear for years. According to data provided by Euromonitor, the global underwear market was worth just over $110 billion in 2014. And what product would be better suitable than underwear to show near naked models, thus attracting a gay audience?

Founded in 1992 by Greg Sovell, a gay man, the 2(x)ist (pronounce: To Exist) brand never hesitated to engage in gay marketing - even after the takeover by the mainstream Morét Group in 1995.

A specialist website reports: “2(x)ist underwear has stamped its mark on modern day designs and styles. They bring some of the most iconic undies available today, sophisticated yet keeping with their honest casual everyday wear and usability. They are the forerunner in innovative materials and style cuts.” 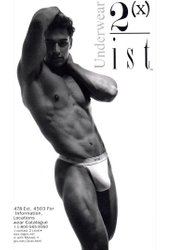 From the start, this brand was directed at what was perceived to be a “gay market”. A campaign from 1994 used straight model Tracy James (who had previously worked for 16 different underwear brands): his looks were believed to attract a homosexual audience.

2(x)ist became an underwear label famous for plastering aggressive images of hyper-ripped, nearly naked men on bus shelters and phone kiosks just about everywhere. As 2(x)ist themselves said: “the cut is to accentuate the male body and moving a function item of every man's wardrobe to a stylish sexy and fun item to enjoy.” Calvin Klein himself wore 2(x)ist underwear, which indicated that the brand reached a level of awareness in fashion that many others would kill for.

In 2001 they branched out into making socks, and late 2001 they released their first sleepwear, followed by swimwear, sports apparel and watches.

But even when selling socks (no matter how 'ordinary' looking, or maybe just because of that) the brand still showed sexy models.

This was also the time that the company wanted to widen their customer base by selling their products to heterosexual males. They butched up their undies act by choosing a new spokesperson from the world of football, Jason Sehorn (cornerback of the New York Giants) for a hefty $1 million. The photos used were less raunchy, instead showing a tastefully relaxing jock - with the thought: “every guy wants to be him, every girl wants to be with him”. When asked about Sehorn’s particular appeal to gay men, 2(x)ist answered: “so be it”. Through sponsorship of Queer Eye For The Straight Guy, viewers were repeatedly advised that this underwear could easily be considered both heterosexual and gay. In fact, this whole set-up helped to promote metrosexuality.

In fall 2002 2(x)ist stole the lime light from Calvin Klein by popping up everywhere in a blanket advertising campaign across bus shelters and magazines. New York was covered by sexy images of the new force in men's underwear. Sales went through the roof and 2(x)ist became a major player not only in men's underwear, but in fashion in general.

Just being an underwear company meant it was specialist and could push the boundaries in what would seem a new market. Targeting the gay market was what made it grow through the 90's, selected boutique stores around the nation carried the brand finding there was thrust for fashionable underwear, the gay male market was the obvious choice.

Some of the famous people that were unwittingly pushing the brand were JT, Vin Diesel and famed Australian actor the late Heath Ledger - and yes, Calvin Klein. The company: “The aim is to promote the 2(x)ist brand along the lines of sexy sophisticated underwear and not just for a demographic market such as Gay, Lesbian or straight.” 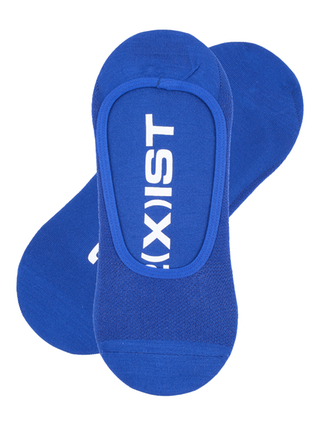 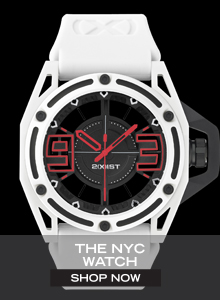