Bailey's Irish cream is a brand from the Diageo group. As alcohol is one of the major battlefields in rainbow marketing (due to the higher consumption of alcohol, and the measurability of turnover via LGBT venues), it goes without saying that Diageo has been present in this field for a few decades - and the same goes for the Irish cream liquor.

Bailey's created its first gay-specific ad in 1997, playing on the gay marriage issue in Hawaii, showing two “male cups” which clearly belong together. Actually, this led to controversy in an unexpected way. At that time, same sex marriage was not legal for years to come, but many people, both gay and straight, believed it was actually a fact in Hawaii. This set back the cause politically.

They had previously, in 1995, shown a particularly glamorous looking RuPaul in their ad and in a commercial. This was not aimed at the gay market, but used RuPaul’s fame to give the brand a different ‘flavor’.

The year 2000 saw a return of the gay theme, with a male couple in an ad for what was called The Bailey’s Kiss. The ad was actually used (in 2005) as an illustration in an article that was released in the advertising press: it was about a new guideline by the UK advertising watchdog towards the alcohol industry, demanding them to hire 'uglier' men for their ads, to avoid implying a link between boozing and sexual success. The guideline said “men who feature in alcohol ads that target women should be "balding" and "paunchy" rather than "attractive and desirable". No mention was made of the men in ads targeted at men, though. 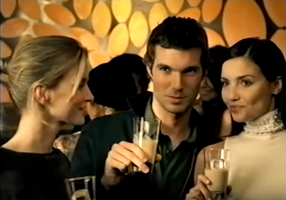 “Gay tease” was applied in 2002, in a commercial that showed a man entering a bar when the power goes out. A stranger kisses him in the dark. He tastes Bailey's. When the lights come back on, he sees several women holding glasses of Bailey's, smiling at him. Then he sees a man, also drinking Bailey's. They all laugh at the man. The tagline is “Let your senses guide you.” The joke here is obviously that it 'might' have been the other man who kissed him, but they all laugh about it together. This isn't exactly gay representation but it does at least hint, albeit vaguely, without too much paranoia, that there are gay people out there. Squarely aimed at the 'unshockable' Sex and the City generation. 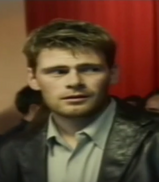 The same tagline was used in a commercial called “Loud Bar”, where the male protagonist comes to consider a sensual dance for the male bartender – another gay tease. The ad chose to use “humor” -- the thought of kissing another of the same sex -- as its leitmotiv: not always an affirmative choice. A longer version of the ad appeared in cinemas and later at night on TV. in Australia the man returns to his friends with several glasses of Baileys and his friends are surprised at why he got so many. He shrugs and smiles, suggesting that he too resorted to the same methods as his female friend -- allowing for perhaps a more positive read. 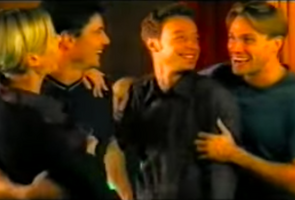 A third example in this series was called “Thief”. In a bar, three smartly dressed young men and a woman are playing pool. She sniffs her glass to take in the sweet aroma of the drink, then moves to shoot. After taking her shot, she notices that her glass of Baileys is empty. Teasingly eager to find out who drank it, she goes close to the lips of the men, who are now playing innocent. She sniffs the breath of the first man, then the second man. When she reaches the third man, she smells it and kisses him. The last shot has her in his arms and the other two men with their arms around each other, mirroring the male-female embrace opposite them. The setup suggests a game of pool between two couples.  Strangely enough, the commercial had a different setup in countries like Germany and Italy: after the kiss the other two guys turn towards an invisible bartender, raise their right arm simultaneously and shout: "BAILEYS!" to imply that if you drink this liqueur you're sure to hitch a girl. The gay innuendo is lost in this setup. In a third variation, she kisses all three men and there is a man to man hug in the end as well. 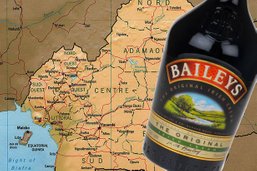 The image of a drink can also create a backlash. A couple in Cameroon was jailed in 2012 because they were drinking Bailey’s. Michel Togue, an attorney in Cameroon who has defended people accused of homosexuality, described how stereotypes are used in prosecutions. “To catch people having sex, to catch them in the act, you have to break the law. You have to violate their privacy, which is an offence.”  The Court of Appeals acquitted the men and ordered their release. The two men had already spent more than a year in jail where they were subjected to abuse from guards and other prisoners. Shortly before this verdict, a Cameroonian court upheld the five-year-sentence of a man who was convicted of sending a text message that said “I love you” to another man. There is still a long way to go.